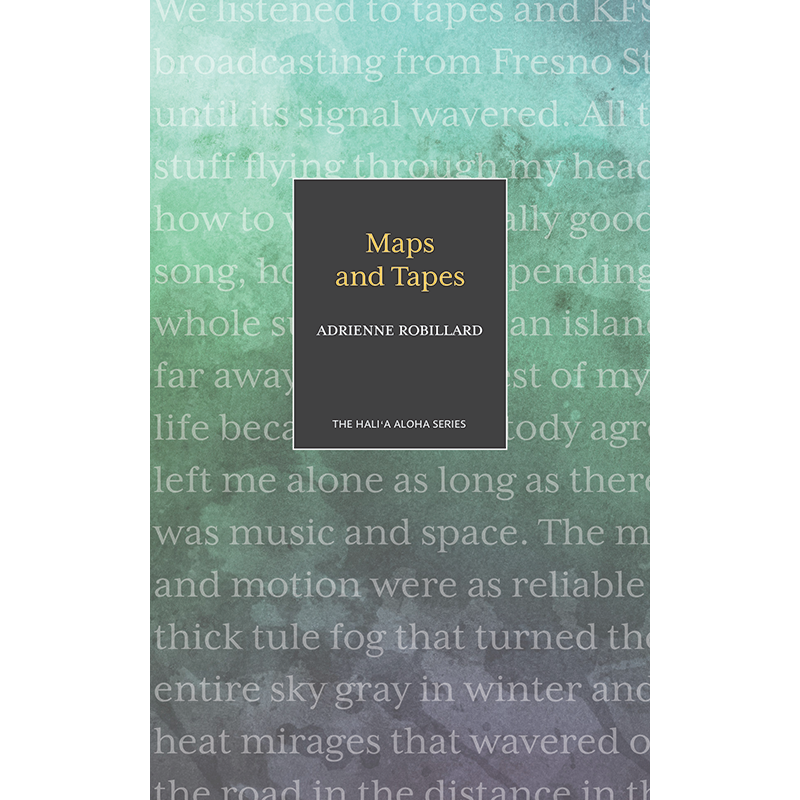 Grab a microphone and turn up the volume.

Moving from Hawai‘i to Fresno in seventh grade changed Adrienne Robillard’s view of the world, herself, and her future. Being a new kid in a new school meant hours of time alone spent listening to cassette tapes and college radio, learning to play the guitar, and writing stories and lyrics. Joining a garage band in high school gave her a sense of belonging she’d never realized possible as she wrote songs with strangers who became treasured friends—one of whom she ended up marrying. Maps and Tapes follows Robillard from San Francisco to the UK, criss-crossing the US and Europe, feeling at home in a van on both sides of the road.

In Fresno, “I went from having friends and blending in to being a loner who kept getting asked, ‘What are you?’ because I was one of a few half-Asian students at Ahwahnee Middle School,” she recalls. “With my headphones on, I could ignore uncomfortable questions.” Later, music became her primary creative outlet and a way for her not to hide, but to connect.

In Maps and Tapes, Robillard interweaves lyrics written for her indie-rock bands between stories of first guitar lessons, young love, adventures in studying abroad, and gigging and touring with her bands. Her poignant prose paints a vivid portrait of the ways in which music soundtracked and shaped her teen and young adult years. Her callouts of favorite bands, albums, and songs will make readers want to cue up their own nostalgic playlists—good and loud, to be felt in the bones, the way the best music and memories should.

Adrienne Robillard is an English lecturer at Windward Community College. She grew up in Kailua, Hawai‘i, and Fresno, California. A graduate of the University of California, Santa Barbara, she earned her MFA in Creative Writing from Mills College. After college she worked in San Francisco as an office temp and marketing professional by day, playing in indie bands Secadora and Citizens Here and Abroad at night. She lives with her husband and their two children in Kailua on O‘ahu. In 2020 her first book, The ‘Ohana Grill Cookbook: Easy and Delicious Hawai‘i-Inspired Recipes from BBQ Chicken to Kalbi Short Ribs, was published by Ulysses Press.