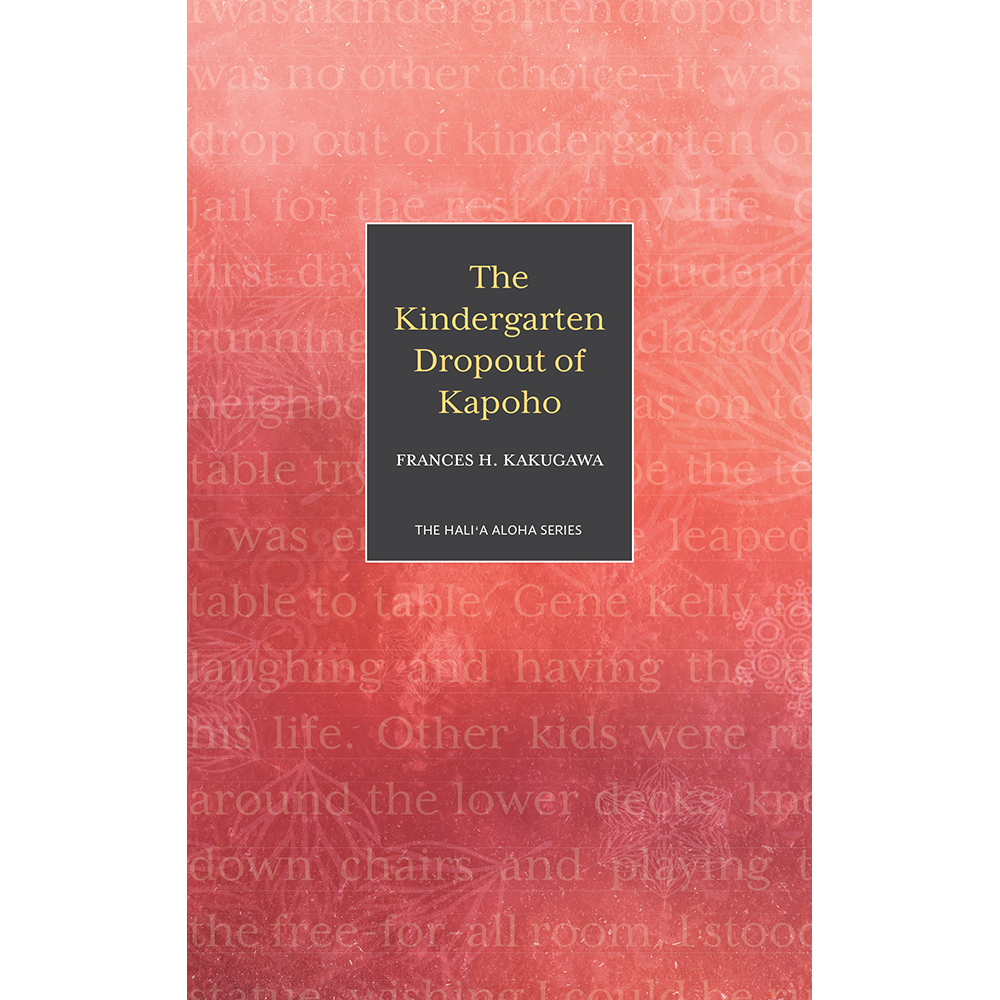 The road out of Kapoho was long and seemingly endless.

Who knew a “kindergarten dropout” could make it so far? Restless and headstrong, Frances Kakugawa was raised amid the anti-Japanese fervor of wartime Hawai‘i. Back then, she longed to leave her hardscrabble hometown in the shadow of Kīlauea, one of the world’s most active volcanoes, with its kerosene lamps and outhouses stocked with Sears catalogs for toilet paper. As a child, Kakugawa pretended she was the long-lost daughter of the emperor who would reclaim her and restore her to her royal life—perhaps tomorrow, or maybe the next day. The imperial carriage never arrived, but Kakugawa did follow the path of her dreams, building a career as a teacher, an acclaimed poet and a nationally recognized authority on family caregiving and education.

Born and raised in the village of Kapoho on the Big Island of Hawai‘i, Frances H. Kakugawa is an internationally published author of sixteen books, who has received numerous awards from literary and family caregiving organizations—among them, the Hawai‘i Book Publishers Association, Northern California Publishers & Authors, Mom’s Choice Awards, Sunrise Ministry Foundation, California Writers Club and Hawai‘i Pacific Gerontological Society. She has also been recognized by the Hawai‘i Japanese Women’s Society Foundation as one of the Outstanding Women of the 20th Century in Hawai‘i. Frances has taught at schools in Michigan, Micronesia and Hawai‘i, where she was a curriculum writer, teacher trainer and lecturer in the College of Education at the University of Hawai‘i at Mānoa. She is a columnist for the Hawai‘i Herald—the “Dear Frances” advice column for caregivers—and gives lectures, workshops and readings to schools and community groups nationwide on the subjects of caregiving, teaching, writing and poetry. She also facilitates a writing support group for caregivers in Sacramento, California, where she lives.