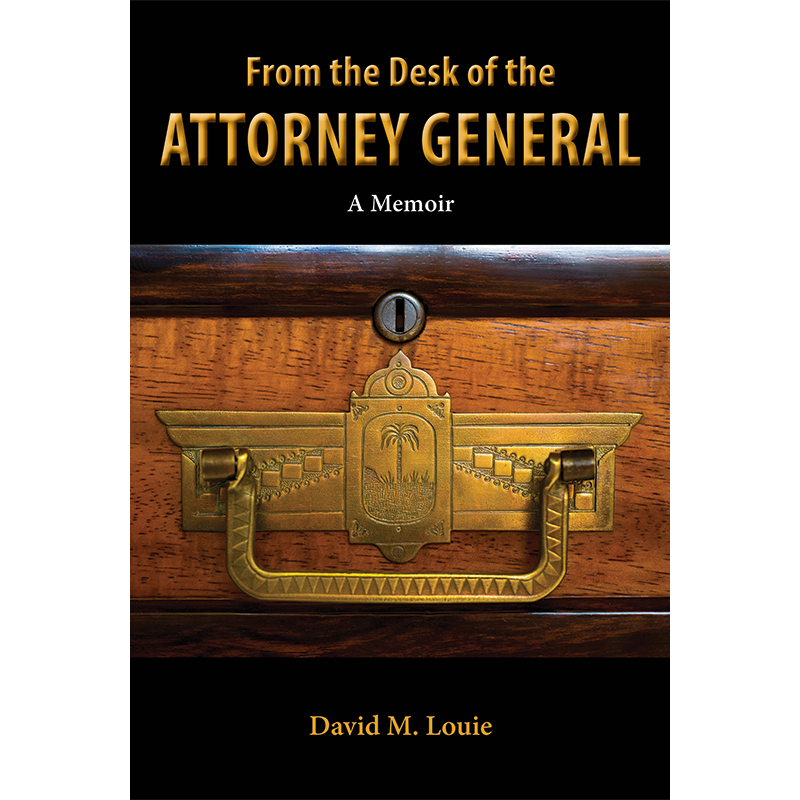 Beyond the Lines
Explore other Releases

David M. Louie had been a civil trial lawyer in private practice for thirty-two years when he was named Hawai‘i’s attorney general by Governor Neil Abercrombie in 2010. What followed was an eye-opening education in the nature of government—how it works and how the sausage of government policy is made. His historic koa wood desk in Hawai‘i’s state capitol gave Louie a frontrow seat for viewing—and shaping—the inner workings of government. In this incisive, behind-the-scenes memoir, the country’s first Chinese American state attorney general recalls the landmark cases of his time in office—environmental issues, Native Hawaiian rights, Internet safety, same sex marriage, human trafficking and even the unlikely concert hoax known as the “Wonder Blunder.”

From the Desk of the Attorney General is Louie’s chronicle of his experiences as a public servant—the challenges faced, the insights gained, the lessons learned. His behind-the-scenes account of the way things really get done—how issues are addressed and decisions made, how goals are achieved and power wielded—provides an inside look at the role of the top lawyer in state government, the decision maker who operates at the intersection of law, politics and government.

This book is a customized version of the Professional Package, with increased print run, in hardcover with dustjacket.