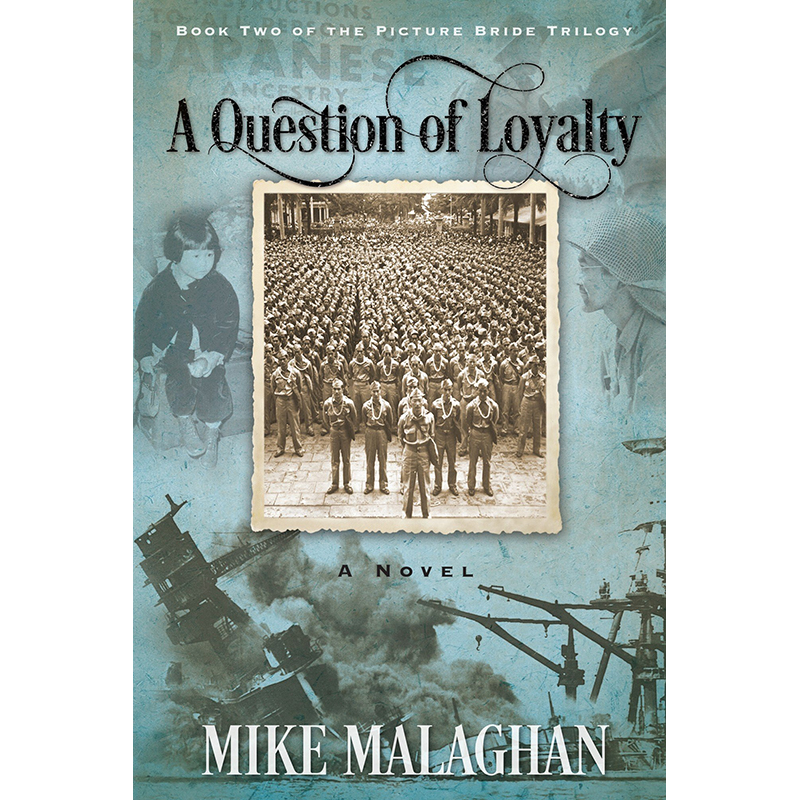 With Honor and Compassion

The Society of Seven

Can, No Can!
Explore other Releases

A Question of Loyalty celebrates the “no retreat” Japanese Americans who fought the war on two fronts—from the heroics of the famed 100th Battalion on the battlefields of Italy to the bitter struggle against dishonor and humiliation at home. In this sequel to his novel Picture Bride, Mike Malaghan continues the story of Haru Takayama, the proud Japanese immigrant who makes Hawaii her home and raises her children as loyal Americans. But Haru’s world changes forever when Japan attacks Pearl Harbor, her husband is arrested and a son is discharged from his ROTC unit simply for wearing the face of the enemy, and two other children find themselves trapped in Japan.

Following a decades-long career as a businessman in Asia, Malaghan found inspiration in The First Battle, a 2006 film about a group of multi-ethnic civilian and military leaders who monitored race relations in Hawaii during World War II and lent support to the Japanese community. “Only 2,000 of Hawaii’s 140,000 Japanese were imprisoned or interned,” Malaghan says, “rather than all of them, as in California. But why? I knew that was my story. A Question of Loyalty is the second book of my ‘Picture Bride’ trilogy, but it’s really where I started, with the idea of following the young men of the famous Nisei 442nd Regiment.”

This book is a customized version of the Professional Package, with increased print run.

A Question of Loyalty is available via our online store, local bookstores and via online booksellers.