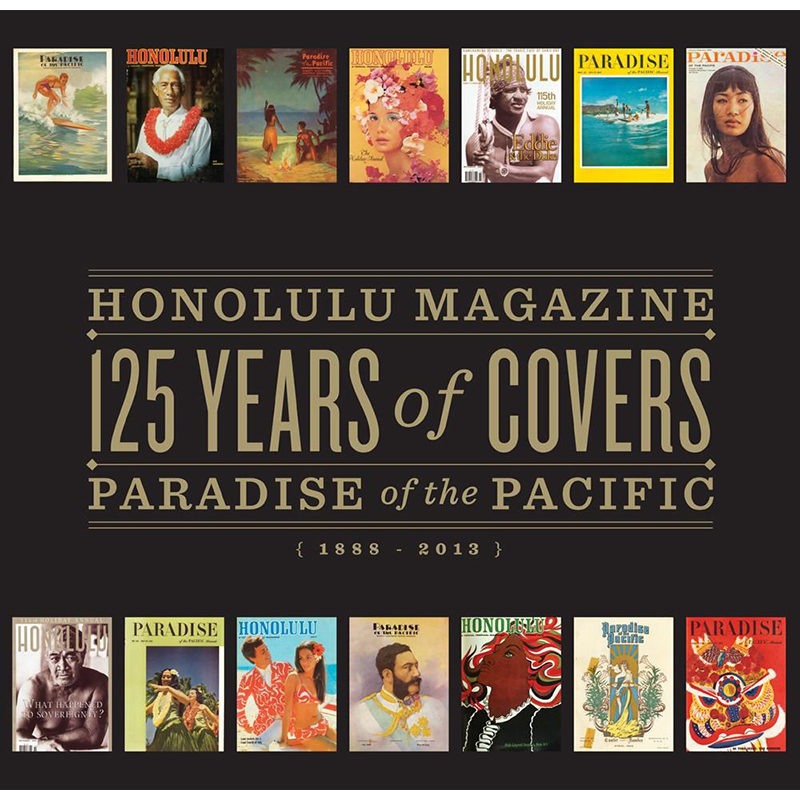 Educating with Aloha
Explore other Releases

To commemorate their 125th anniversary, HONOLULU Magazine decided to publish a hardcover collectible book assembling more than 350 of the magazine’s covers, representing nearly every year of its existence.

Chartered into commission by King David Kalākaua in January 1888, HONOLULU Magazine began as Paradise of the Pacific. Though it changed its name in 1966 to HONOLULU, the magazine has been in continuous publication for 125 years, making it one of the oldest magazines in the United States. It is currently owned by Honolulu publishing company PacificBasin Communications.

“A magazine cover is a work of art, a story and an advertisement all in one. When a magazine endures as long as this one, entire eras of design and writing styles will play across its face,” begins 125 Years of Covers. The book goes on to showcase the fascinating change over time in the look of the magazine from early covers featuring watercolor landscapes and pen-and-ink drawings; to its mid-century name change and frequent glamour-girl cover models; to its current incarnation emphasizing eye-popping photography, local celebrities and food, and “cover lines” advertising the content within. This is a transporting look back at the history of Hawai‘i, chronicled not just through the cover art, but encapsulated in descriptions written by A. Kam Napier, HONOLULU Magazine editor, 2005 – 2013.

This book is a custom, fabric-covered hardcover creation, with press-ready design files provided by the client. The cover is imprinted with gold foil stamping and is covered by a full-color dustjacket.

HONOLULU Magazine and Paradise of the Pacific: 125 Years of Covers is available via our online store and at local bookstores.

Dustjacket and sample pages from the interior: